Not without some delay and complications, we, i.e. 23 students of Ms Koopmann’s and Mr Riecken’s Advanced Courses plus their teachers, arrived happily in Streatham (a district like the Spandau auf London) on Monday evening. 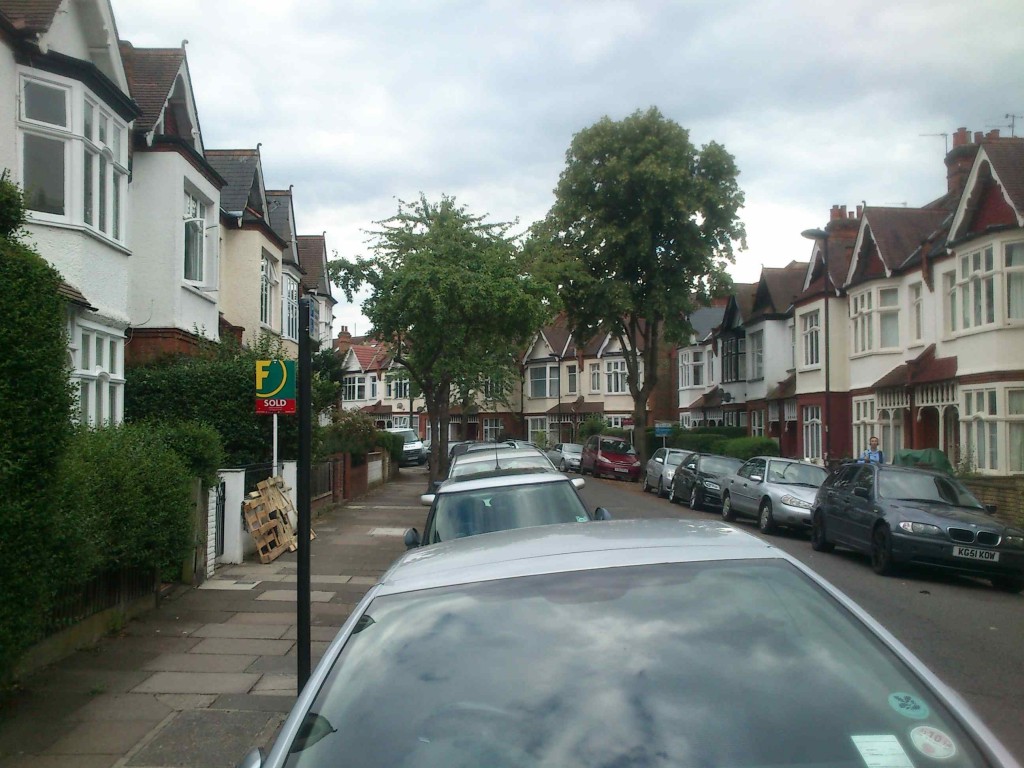 Streatham – The district where our hotel was located – would you believe it’s actually London?

Because of our delayed arrival, there was not much time for doing a lot on that first day, beside checking in, having some pizza and going to some supermarkets and drugstores.

On Tuesday, we explored places you do not know from your year 7 English books. As our semester topic is national and cultural identity, we were shown East End, to be more precise West Ham (confusing, isn’t it?), a really multicultural district of London. Change and migration has a long tradition in this working class environment, which is why multiculturalism really works there, as our guide Ned, a natural born East Ender told us. Our next destination was Notting Hill, rather home of the rich and the famous, known from many movies and the crime stories by Elizabeth George.

If you can ever afford living in one of these newly built town houses in Notting Hill, you must be really wealthy.

In the evening we went to Brick Lane, also known as “Banglatown”, as it is vastly populated by Bangladeshis, to have some Pakistani dinner. As we learned in this semester, Bangladesh used to exist as “East Pakistan” in the years early after India’s independence. For some of us, the meal was a very spicy experience.

On Wednesday we took a trip to Greenwich. Some of you geography fans may remember the name as this is where the Prime Meridian is. To us, it was also an interesting experience as this area provides a mix of upmarket housing, office buildings but also quite green places like parks and even a farm! 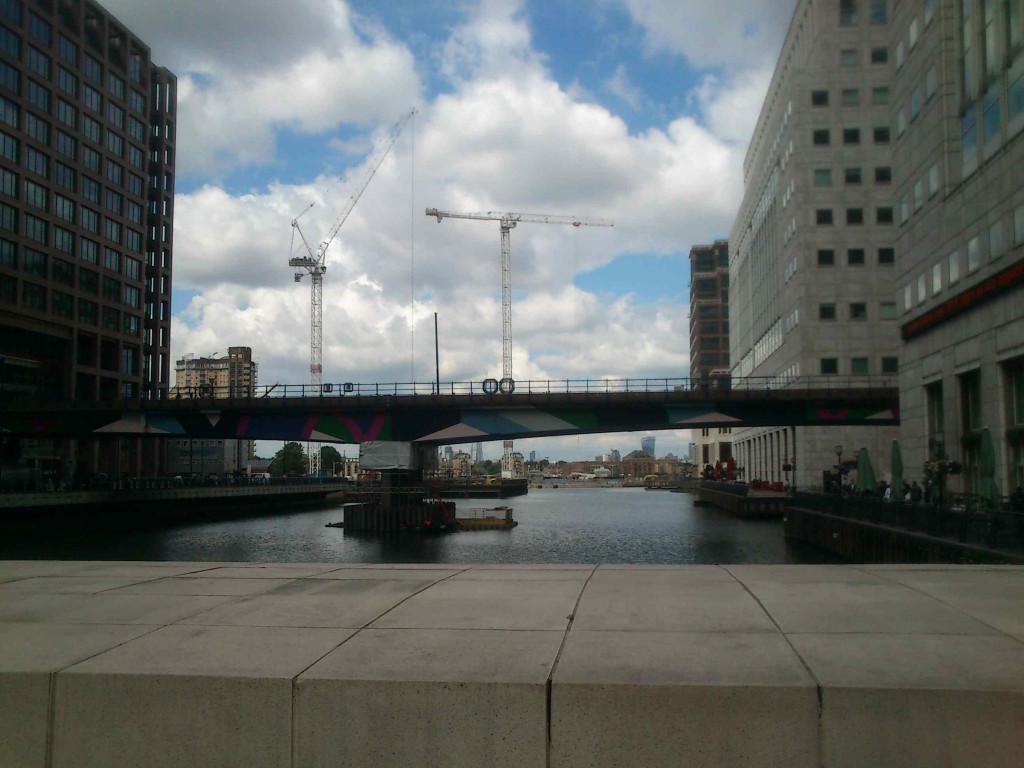 Docklands/Greenwich . The cranes indicate that this area is permanently under construction.

After a city cruise on the river Thames along all the famous sights, everyone could do some sightseeing and shopping on their own.

Thursday was mostly dedicated to William Shakespeare. In the morning we visited the Globe Theatre for the first time to attend a great tour and a really impressive and funny interactive lecture. 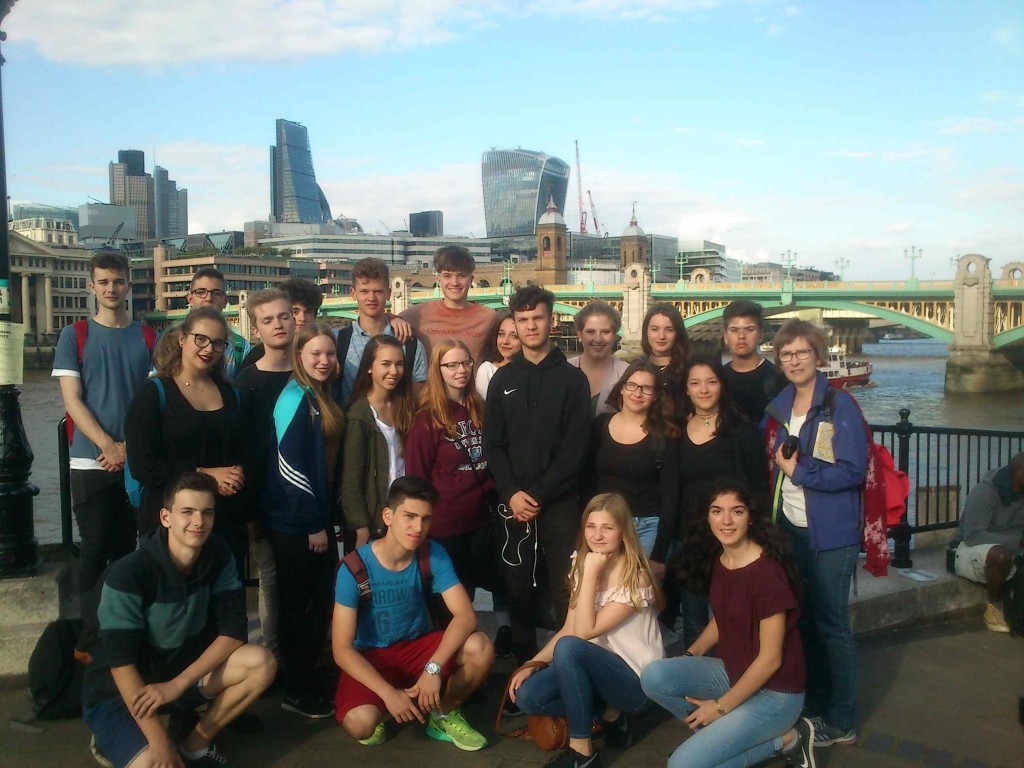 Thames by day, group photograph right before Shakespeare play began… not in the picture:  one very shy student who is hiding and the author of this article…

Then we walked along the Thames towards St-Martin-in-the-Fields, an Anglican church where we visited a free lunch-time performance, half an hour of brilliant Gregorian choir music, all for free! Next we actually had lunch, so much culture makes you hungry. 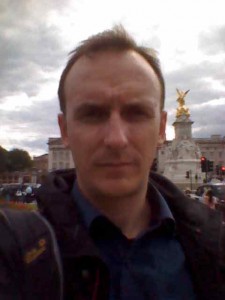 … or had some fun with the grey squirrels.

On our way back to the Globe, we stopped at Trafalgar Square and saw that some pro-EU (“Bregret”) people had given Lord Nelson a EU flag, alas, too late, it seems. 🙁 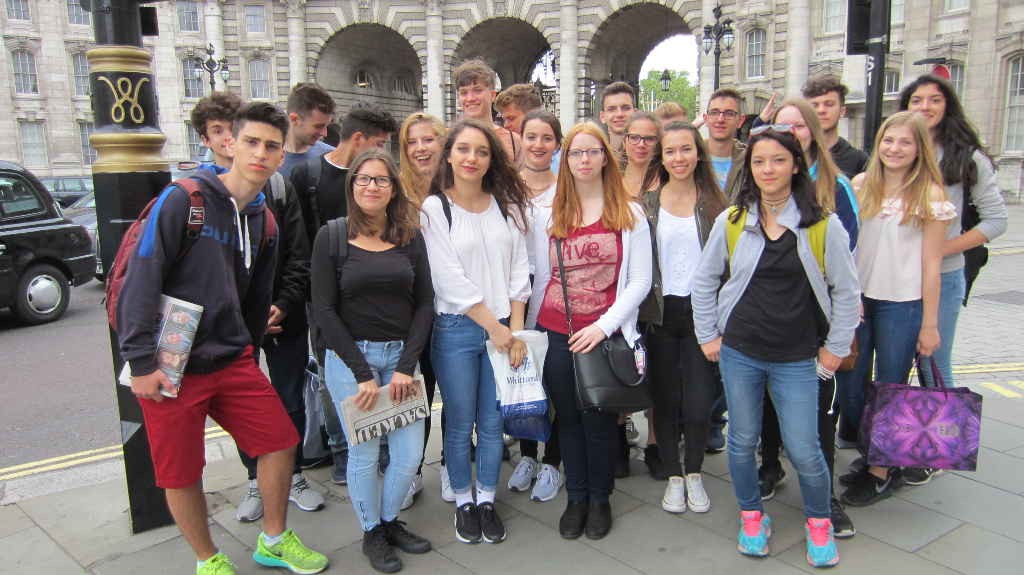 Groundling tickets mean, you pay comparably little money but have to stand for the whole play, i.e. about three hours. Luckily, the weather was quite nice, as umbrellas are also forbidden. Good thing: You can bring your own food and drinks. It was an amazing experience, however. Anyone of you who wants to travel to London should make sure to go there. 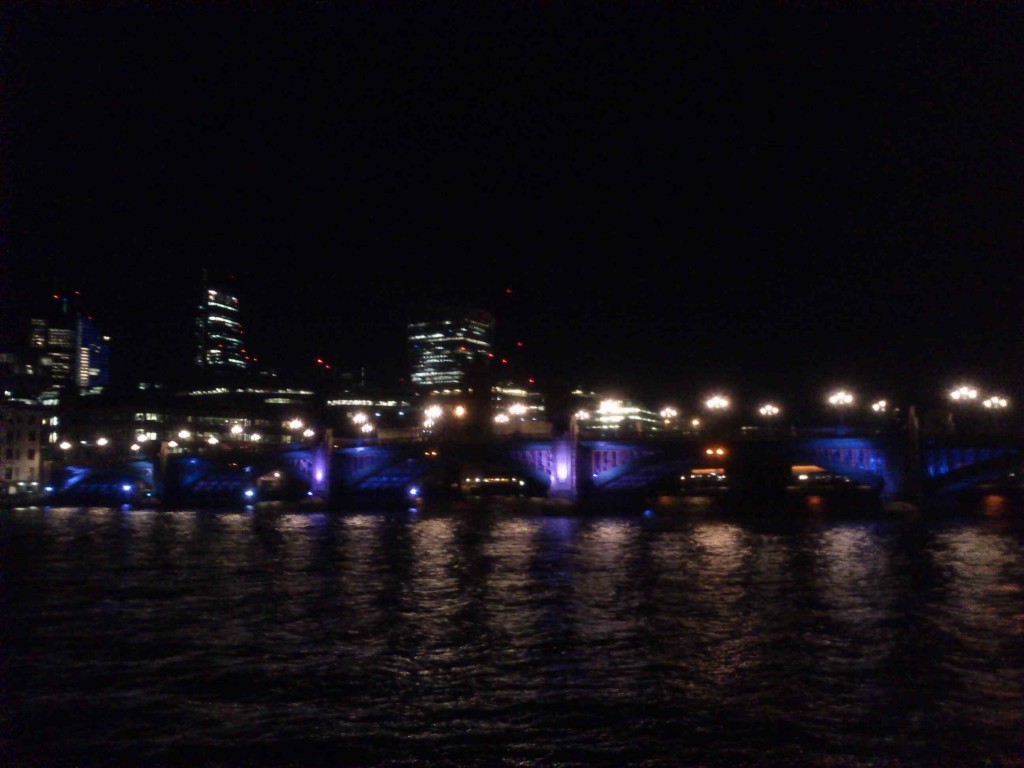 After the Shakespeare play was over, the Thames looked quite different by night, what a sight!

On Friday we went to the Victoria and Albert Museum, a museum of arts and design in Kensington with some focus on the Victorian Age. However, they also show contemporary exhibitions like “The History of Underwear”. As in most British museums, admission is free. Unfortunately we could not stay really long as we had to get our flight back already.

All in all, it was a great trip, teachers and students agreed that we have seen and done quite different things at this multifaceted place.